Toto, We’re Not in Singapore Anymore…But That Doesn’t Matter
« Previous Entry | Next Entry »
Posted by Andrew Daub from Malaysia on Sunday, 25 June 2006

It’s only over the water (and a bridge). Just a short bus ride is all it takes. Heck, before 60 years ago the separation was not even that apparent. One British colony nestled beside another. How different could it be?

Four days of bus rides, sights, and sounds later, I found that Malaysia and Singapore - despite their shared history - were different countries. Leaving the slew of skyscrapers, PAP, and Merlion behind, we soon found ourselves in the middle of a country filled with new experiences at every corner (or in our case…at every pit stop we made along the highway). By the time we arrived in KL, it was safe to say that Singapore was far behind us. We were to expect the unexpected.

Malaysia changed before our eyes, transcending from lush greenery along the highway to neatly pocketed suburbs to the heart of a capital city spotlighted by two domineering towers (the Petronas). A visit to the US Embassy allowed us to gain a perspective on American relations with what at the time was still a distant place, a country that still loomed in our textbooks. I’m sure any embassy visit is exciting, but having a Carolina alum take you around only made our Carolina Blue shine brighter. After taking a walk down memory lane at the embassy, we Tarheels made our way to our hotel - the Swiss Garden Inn. Air-conditioning, fluffy pillows, and comfy beds! Oh how we enjoyed a short, cooling rest.

But our tummies were too busy making noise for us to rest much. Off to Chinatown we went in search of good eats and good deals. The experience was quite different from ones we had already witnessed in Singapore’s Chinatown. For one, there was no MRT stop. Just a lot of men waiting outside of their taxis trying to spot potential customers. Instead of vendors staying in their stalls, many were out and about - dedicated salesmen with walkie talkies in hand on a mission to make money and lure us in. While the night proved for some interesting looks and bargains, we all survived the night with a greater appreciation for teamwork. Whether tag-teaming in the bargaining arena or just keeping watch over one another’s bags, we walked out of Chinatown not only unscathed but with purchases galore.

Breakfast came the next morning with waffles reminding us of home. After taking to heart that breakfast IS in fact the most important meal of the day, our filled stomachs followed us onto the bus and into the heart of KL. The Forestry Research Institute of Malaysia invited us on an interesting tour. From swinging like monkeys on vines to getting bitten alive by mosquitoes to actually pausing to smell the flowers (or rather, the many trees around us), we all appreciated the hike - something hard to find in Singapore. Of course, this was only the warm up. An hour later we were at Batu Caves, staring up at 272 steps. Yes, 272 steps! Up and up we went. And boy, was it worth the view! Monkeys all around, sights as far as the eyes could see, sun creeping in through rock…it was beautifully breathtaking. After appreciating the view from the top, we followed the widely known fact that all things going up must come down. Down 272 steps…down, down, down.

Peranakan lunch and the Petronas Towers were next. How those towers are so tall, especially when you’re a 5 foot 4 inches tiny little Tarheel like me! They were impressive buildings - though many of us thought they seemed out of place. Especially when we compared thier sheek appearance to our experience in Chinatown. We then returned to the hotel to freshen up and go out for dinner on our own. Some of us found an amazing Chinese restaurant before heading back toward Chinatown. Despite its stark differences from what we typically were accustomed to finding back in the States, we all found Chinatown appealing. If nothing else, Chinatown represented everything adventurous…KL-style. So off we went…

Of course, we survived once again to make it through the night and all the way to Melaka. In Melaka, we found a serenity like nothing else. Peaceful, colonial, quiet - the city seemed to bustle along quite smoothly. We took in the dose of colonialism that has largely impacted the story of Melaka throughout the day, only then to return to our roots as traveling Tarheels and seek out Melaka’s very own Chinatown. More shopping, better bargains, and one interesting discovery detailed our night. We found an artist - one who is famous around the world but criticized on his own Malaysian soil - who was selling t-shirts in Chinatown. From messages of peace to ones of human rights, the art spoke much about social activism. Many of the causes we can find in the Pit on any day at Carolina could be found on these t-shirts. This art was inspiring, a call to action…

A call to action and to something more. In that T-shirt shop I realized that social issues transcend boundaries more than I ever knew before. It didn’t matter how different things looked. Who cares if Singapore has more skyscrapers, if the Petronas Towers seem out of place? What does it matter if Singapore has streets of metal and Malaysia avenues of trees? And does it really matter if one Chinatown has better bargains or less people or safer corners? In the end, the borders mean nothing.

As we were making our way back to Singapore, I was really happy that I had found this artist’s work. His decision to stay in Malaysia signified that work needed to be done in his home country. And the fact that his struggles mirrored so many felt back in Singapore, the States, and elsewhere in the world once again reminded me of the universality of the human experience. Yes, four days in Malaysia were quite different from any other days spent on the trip so far. It was greener, less rigid, and more economically diverse. It sounded different, looked different, tasted different, smelled different. It was different, no other way about it. So yes Toto, we were not in Singapore anymore. But - thanks to art on a t-shirt reminding me what a small world it is around us - none of that mattered at all. Not one single bit. 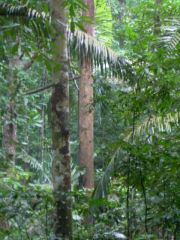 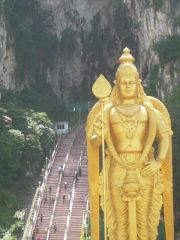 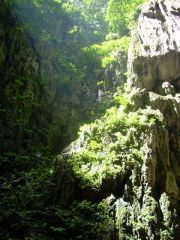 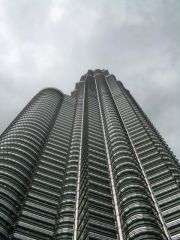 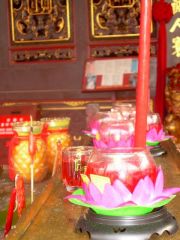 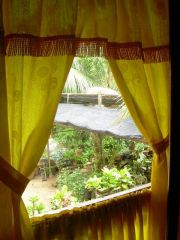 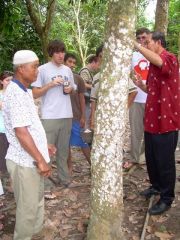